I've actually got a blog entry that is written the same day that the work was done! Will miracles never end????

Today I spent an hour just working on the darn seam. It's getting very close. Almost time to get down to primering.

Here's a couple of globs of putty I put in to some hard to reach places. It's really getting down to the nitty gritty with this seam line. Just fixing very hard to get at problems and whatnot. 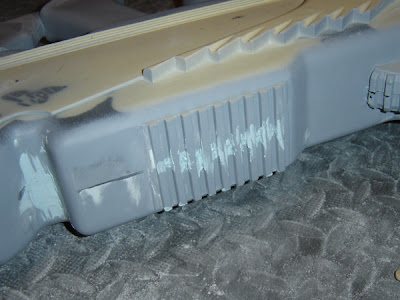 This shows an area that I'm going to ignore. That tread stuff at the bottom of the barrel is to remote for me to deal with it. I don't think it'll be visible unless you're really looking into it, and frankly, it's just too much to bother with. 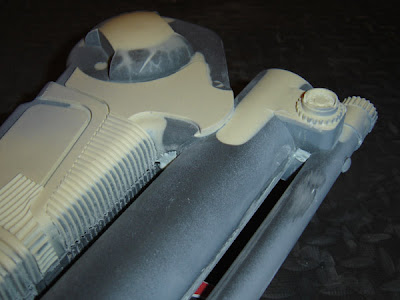 Posted by MattMunson at 9:20 PM No comments:

These pictures are a week or so old, but they show the progress I've been making.

As I've mentioned a couple of times, this whole cleaning up the seam business is my least favorite part of the build up process. But it's going well. I'm about a month behind on my proposed schedule at this point, but what are you going to do?

Here's the main barrel of the gun, just to give you an idea of how the clean up is going. 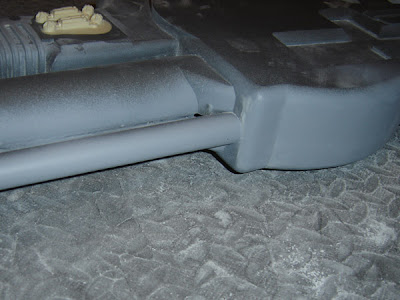 And here's the trigger area. This was a pretty difficult area to clean up, mainly because it's so hard to get sandpaper in there. 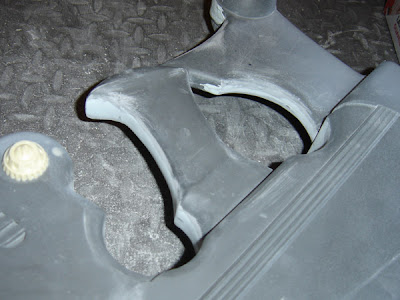 Not really terribly exciting, but I went to Wal-Mart the other day and picked up some Krylon Semi-Flat Black that I will use as the main color for the gun. 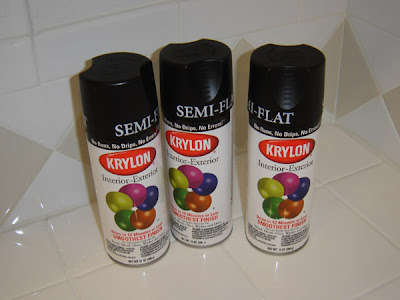 So it's still coming along, though a bit slower than I had hoped. I'm still planning on cutting a lot of corners on the seam, meaning that I'm not going to try to make it perfect. I'd much rather have it finished. Seeing as how it's such a large piece, to strive for perfection would leave me sanding this thing until the end of the universe.
Posted by MattMunson at 1:55 PM No comments:

It has been more than a month since my last blog post!

Yikes, so much for my plans to finish by the end of December 2007. Oh well. Good news is that this past weekend I got a lot of work done. No pics to show right now, but I'll get to that. Just wanted to give the blog an injection of update.

I'm still working on cleaning up the seam line. It's my least favorite part of any build up, which is probably why I've been putting it off. But it's almost done now. The barrel is proving problematic, but I think I could wrap it up in another session or two.

Stay tuned for pics.
Posted by MattMunson at 1:54 PM No comments: