Today, I submit for your approval the 11th Doctor (Matt Smith's) sonic screwdriver. This is an off the shelf toy offered by a company named "Character Options" who als produced a slew of lovely 10th doctor reproductions. 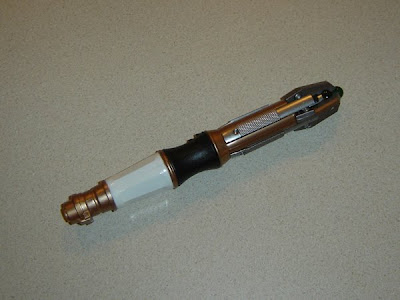 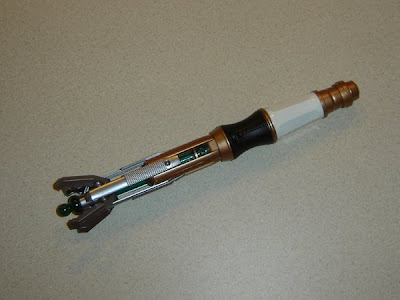 I purchased mine from amazon.com. No, I'm not an affiliate, so clicking on that link will not get me any money, but it will take you straight to a page where you can order one for yourself.

For 25 bucks, it's a great piece. Compared to screen captures of the real prop, it's pretty darn spot on. Granted, the materials used are not accurate to the screen seen pieces, but the overall shape, dimensions, and proportions looks rock solid to me.

The only complaint I have, which seems to be a common lament, is that the design of the electronics is a little non-canon. When in its closed position, you fire it up by pressing a tiny button on the black section in the middle. Another button nearby extends the "claws" around the emitter. But here's where it gets whacky. To activate the electronics when open, you have to peel open a little compartment on the end of the screwdriver to reveal a bright red button (ala the ZF-1 from "The Fifth Element") to engage them.

That's kinda weird. And not the way it works on the show. My guess is that the decision was made to do it that way to keep the price down and the electronics simple. At the end of the day, it really doesn't matter much to me, as this is more of a display piece than a "Walk around sonic-ing things" kind of piece. Still, it's just a little weird. For all I know, maybe that's how the one in the show worked originally, and they changed the design for later on? Doubtful, but who knows.

Still, I stand by my claim that it's a really nice piece, despite the fact that it's a kids toy that costs 25 bucks. I'm really happy that the state of the union for toys has gotten to a point where a mass produced replica is pretty darn passable. Compared to some of the star wars blasters put out by hasbro (think bright orange and day glo colors!) it really hits the mark.

So go get one for yourself!
Posted by MattMunson at 3:32 PM 1 comment:

I have recently become proud owner of some AMAZING reference pictures of the Superman Returns boots. These put to shame all of the ones I have collected from the web and from friends who saw the costume.

This sort of gives me a new injection of energy for the project, now that a lot of my pending questions have been answered.

I have also committed in my mind on how to proceed. One word: Urethane. There are two textures on the boot. One of which I can create easily, and the other I can create with the help of my friends at RMS Laser. In fact, I already have the artwork drawn up for it.

I sent them a sample file today and have asked for a couple of sample cuts to make sure I get the depth of the etching right. As soon as I get that, it's simply a matter of molding the different textures up, outputting some urethan sheets, and then wrapping them around the boot to make it fit. So while the boots won't be leather, they will look great. Because I have molds of the different textures, I can repair any damage that may happen to the boots over the years.

In related news, my quest to get into more "Super" shape continues, and is progressing well. I am on the tail end of phase 1 of P90X, the exercise program that you may have seen infomercials for late at night. It's an amazing program, and is really whipping me into shape. While I doubt I will reach Brandon Routh proportions by Halloween, I'm feeling pretty confident that if I stick with it, I will be the best I have ever been. Just in the first month I've made amazing progress and seen some great results.
Posted by MattMunson at 1:12 PM No comments:

For some reason, it looks like my blog has attracted some spammers who are posting links in the comments section. So I've turned on comment moderation, which means I view all comments before they are made visible.

Consider yourself thwarted, dear spammer.
Posted by MattMunson at 7:49 AM No comments:

I recently acquired this really fantastic replica of "Dr. Theopolis" from the show "Buck Rogers in the 25th Century". This was researched and built by a pal who goes by the name Droidboy. 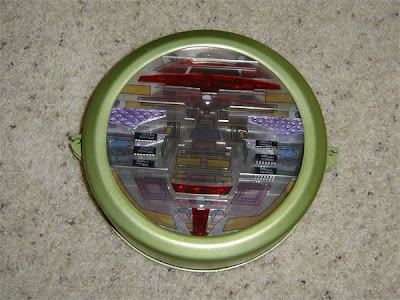 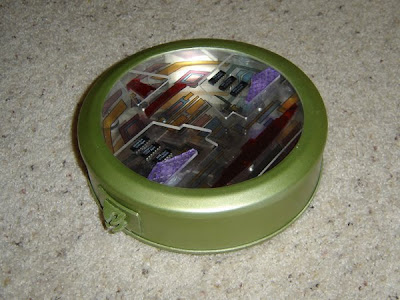 It even looks more green in these photos than it does in real life, if that's any consolation.
Posted by MattMunson at 3:59 PM No comments:

This post is actually a couple of weeks old, but I never got around to creating it. So this shows a few steps in the process of preparing a Multipass kit.

This is the raw stock I purchased from the hobby store. It is ribbed styrene. 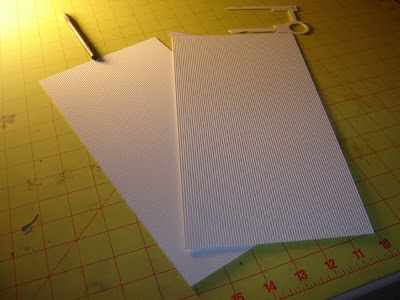 I use a t-Square to cut the stuff into strips, then use a great little tool called "The Chopper" to cut measured lengths of it. One of the great things about the chopper is that you can clamp down a stopper, so that all of the pieces come out the same size without the need to manually measure each one. 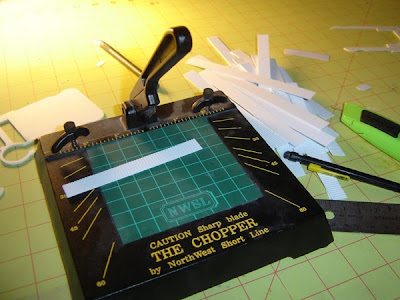 And here is the final piece, and where it fits inside the kit. 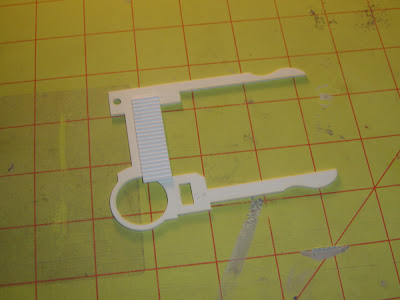 I also used the chopper to cut to size some styrene strips that are used as the little red wire thing on the pass. 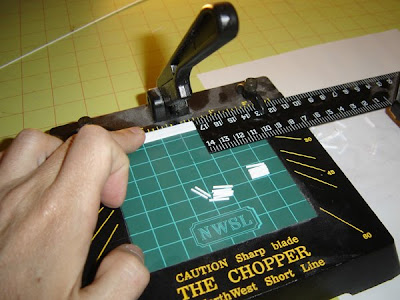 I got bored with waiting for my shipment of envelopes to arrive, so I just ran out to Target and purchased a few. 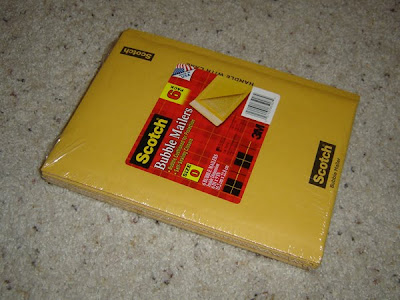 Which means I can start shipping right away.
Posted by MattMunson at 9:00 AM No comments:

Graphics Are All Printed

I got my graphics order back from Costco yesterday, and they look great. This is definitely an upgrade from the prior incarnation of the kit. These prints are really high quality, and totally smudge resistent. They also cost me less! All around, very cool. 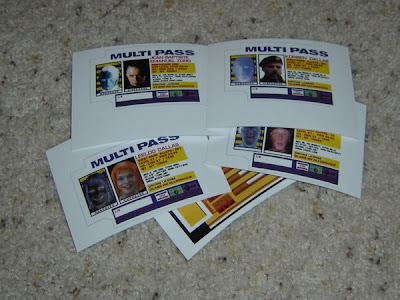 Posted by MattMunson at 8:59 AM No comments: