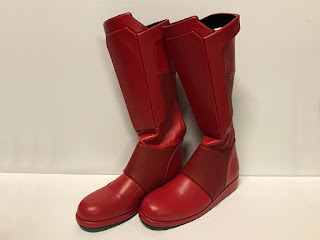 This post is really just one giant shout-out to the good folks at “Cosplay by Studio Boheme” for their awesome work, and the amazing Superman boots I recently received from them.

A couple of years ago, Superman made a full-on appearance in the CW show “Supergirl.” 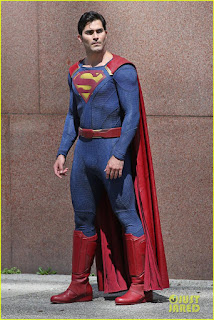 He had been a background character in the show since the beginning, but seen only in blur, shadow, silhouette or distance shots. But they finally bit the bullet and introduced the character in a couple of great episodes, portrayed wonderfully by Tyler Hoechlin. Though off topic, I will go on record as saying I find this representation to be the most accurate and faithful to the John Byrne and beyond vision of Superman. As much as I love the Donner movies, I find Hoechlin’s performance and the CW writer teams’ take on Supes to be superior. Blaspheme, I know. 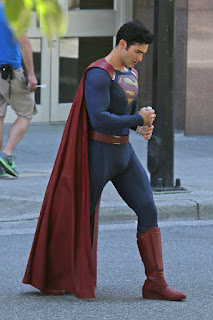 The costume presented in the first appearance, though featuring the traditional notes, was definitely a new take on the classic. Thankfully, the CW is on board with the “no trunks” movement that was really kicked off in the movies and tv by Henry Cavil, though the trunks have been on and off in the comics for years now. The cape is leather with a silk lining, with a new style of shoulder straps and clips seemingly holding everything in place. The body suit was covered with a chain mail type repeating pattern, also reminiscent of the Cavil MOS suit. The boots were still the near knee-high classics in red, but with a far more utilitarian design than we are accustomed to. For the belt they went with a non-v shaped, straight belt with some interesting lines and color choices. I think my initial reaction to the suit when they released the first promo photos was positive, though I didn’t love the cape straps and clips. The colors were also more muted than the Reeve suit, but not as much as the Cavil suit. 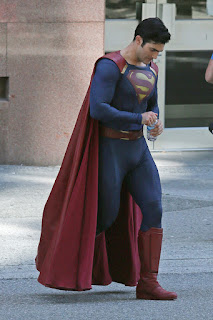 I may do some future blog posts on the topic of the Hoechlin suit, but one of the first pieces I got for this costume was the boots. In all of my costuming experience, boots are often the hardest part of any suit to nail down. Boot making is an art, and poorly made boots are not an option as they are the things you will be walking around in all day. The fastest way to ruin the usefulness of a costume is to have uncomfortable or painful footwear. I know this from experience. 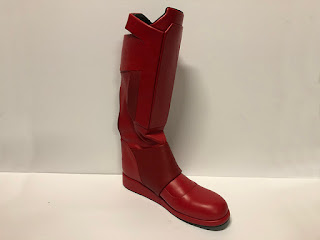 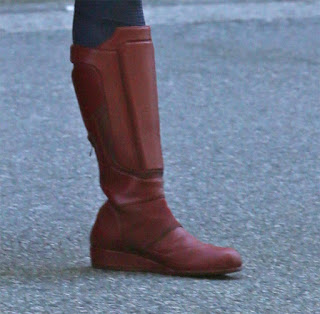 A friend pointed me to Studio Boheme years ago, and I have been following their work on facebook. They seem to do a lot of Power Rangers stuff, but also a good mix of fantasy/sci-fi/genre stuff, and all of it looks professional and even machine made. Just really great looking boots. I messaged them via facebook about the boots, filled out their measurement spreadsheet, and in about a month I had this pair of amazing boots on my front doorstep. 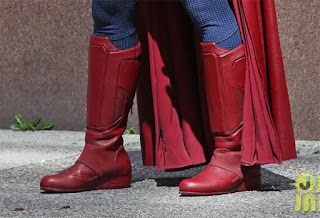 For the most part I’ll let the pictures speak for themselves, as I know ascetic appreciation is largely a subjective matter, but to my eye these boots are absolutely beautiful, and are stunningly well made. Of all the boots I have ever owned for costumes, be they custom made or off the shelf, I think these are the best made pair I have ever owned. Not only do they fit absolutely perfectly, but the craftsmanship is just top notch. They even have a lining! 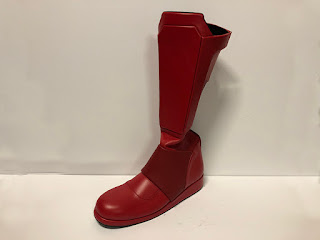 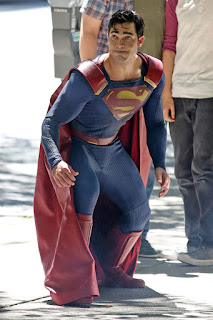 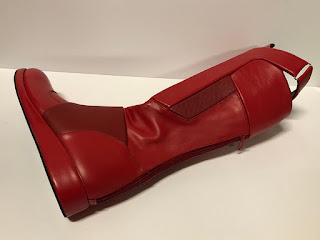 As far as accuracy goes, to my eye I would put these at about 90%. I think the textured inserts are a different texture than what we see on screen, but that’s my only nit. And it’s a minor one, one that I don’t think anyone will notice. And if they ARE looking at my boots closely enough to notice that the embossing on two panels doesn’t match perfectly what you see on screen, then that means that their head is really close to my foot, making them a prime target for an accidental boot to the head. Hah! That’ll teach ya, ya judgy jerks!! 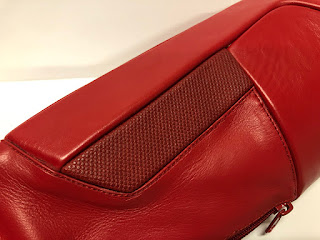 Now don’t take that 90% rating as a ding. It’s a totally arbitrary number, and to your eye it might be 99% or even 100%. I think what’s really important here is that the boots absolutely capture the look and style of the boots we see in the first couple appearances of Hoechlin as Superman. The color seems right to my eye too. They are a nice bold red, with darker red accents. The fact that they fit perfectly also adds to their appeal, in my book. I think they are comfortable enough that I could wear them for the day and not end up incapacitated the following day. And believe me, that’s a huge plus. 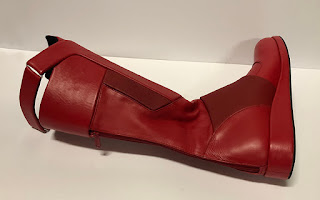 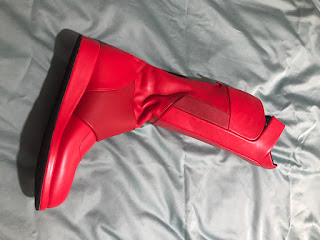 If you’re in the market for a pair of CW Superman boots, I cannot recommend Studio Boheme enough. They were easy to communicate with, were very friendly, delivered the boots within the timeframe they agreed to, and the price was fantastic. They are quality boots, not “budget alternatives” but even then, the price for a pair of fully custom made boots is ridiculously attractive, in my opinion.

Studio Boheme can also be found on Instagram at studiobohemecosplay. 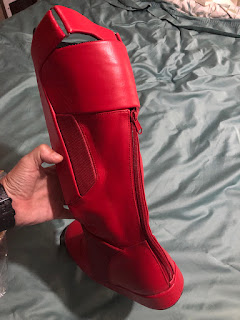 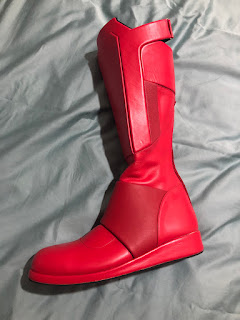 Posted by MattMunson at 1:31 PM No comments: