Bo has been working like a mad man on the chassis and suspension, but I've been staying busy too. When not bothering him with lame questions or filming video.

The main thing I've been working on is the installation of the gas cap recesses. There are two on the car, one on each side. As with the nose cone, these struck me as great opportunities to test out techniques and materials to see how they work.

The first part of the process was filing down the edges of the recess part so that it fit snugly into the cut out on the body. I did this with a set of metal files and my dremel tool. After that, I used a five minute epoxy to anchor the piece in place. I only put four TINY beads of epoxy on the edges. It was just meant to hold it in place so it wouldn't shift while I was laying in fiberglass resin.

I don't have a picture of it, but I clayed up the edges from behind. The thought was that this way, the resin won't just drop straight through when I brush it into the cracks. Though this proved effective, it was a bit of a hassle getting the clay removed once it was done, and it also left an oily residue I had to reckon with.

However, after a little bit of work, this is what the top side looked like: 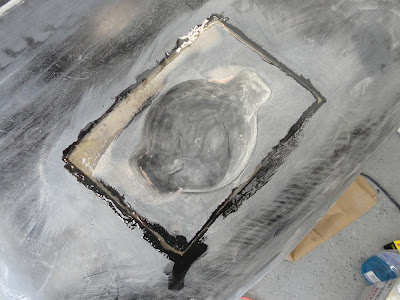 Once that had cured, I removed the clay and went underneath the car to brush on some more resin, and then lay in some matting. I need to do another layer of this, but this will help to bond the cap recess to the body. 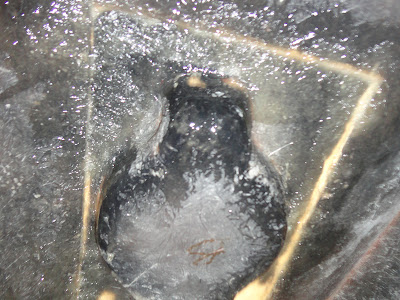 After some work with the sanding block, it looked like this: 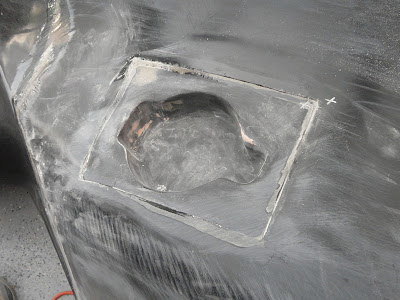 I did another pass with the fiberglass resin to fill in the deep cracks. After that was sanded, I hit it with a pass of short strand kitty hair. 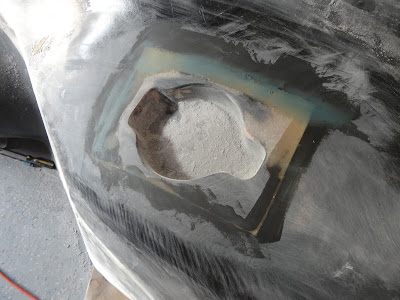 For the second side, rather than use clay, I lined the inside with duct tape after filing the recess down to size. At the time of this writing, the first layer of resin has been brushed into the cracks, and is now curing. 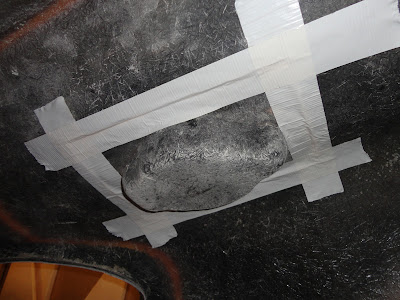 With the extra resin I had mixed up, I brushed it into some of the deeper cracks along the seam lines on the body. When the body was made, the mold pieces were not registered perfectly, and left some gaps here and there. Rather than fill those with putty, I decided to brush in a little resin. Not only will this fill the gap, but it will also add strength to the seam. 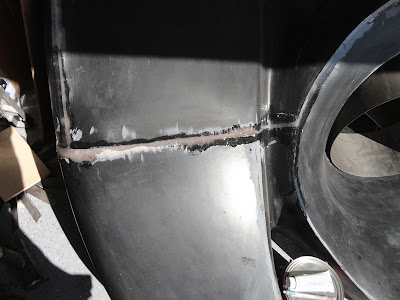 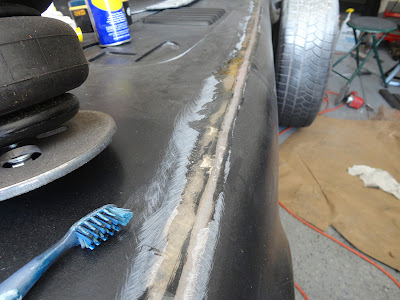